Jim Carver, one of VIVA’s most skilled directors, turned ninety years old on January 30th, 2022. “I thought I’d get this old,” he says, “but I didn’t know it would happen this fast.”

Jim comes from a long line of theater people. Both his grandparents and his parents 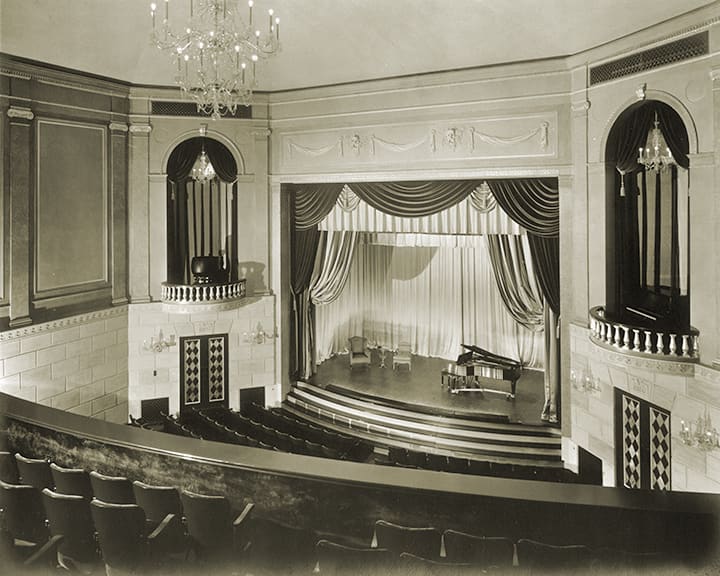 were professional actors who traveled the vaudeville circuit until settling down in Kalamazoo, Michigan. There, his parents and a few colleagues formed what was to become the Civic Theater.

Jim is one of the the breed of performers who can rightfully claim he was born in a trunk. As a baby his parents would prop him up in the back row of the theater while they rehearsed. He learned his craft by osmosis, he says.

Educated at Michigan State University, Jim worked in television for a while. He married Nancy, still his sweetheart and companion after nearly seventy years, and started a family.

He joined the staff of the Civic Theater in 1958 as a production assistant. He built and painted scenery, taught classes, and started directing. In 1974 Jim was named Managing Director. Under Jim’s guidance the Civic grew to be one of the largest in the country, presenting twenty-two productions a year with a staff of seventeen and eight hundred volunteers.

He retired from the Civic in 1997 and moved with Nancy to Erie, CO. There he continued to direct, act, and lead workshops for community theaters nation-wide. Jim and Nancy currently reside at Balfour Retirement Community in Louisville.

Jim has directed hundreds of plays and acted in almost that many roles. He has developed an international reputation as a director; two of his productions were selected in national competition to represent the United States in international festivals including the prestigious World Amateur Theatre Festival in Monaco.

He has adjudicated countless festivals for The American Association of Community Theatre (AACT), including twice at the national festival. Jim served as President of AACT and, from that group, received its highest award for lifetime leadership in community theater. He’s also published two popular books, Carver’s Manual for Directing Community Theater and Carver’s Advice to the Players.

Jim became involved with VIVA Theater around ten years ago, and has directed some of its finest and most successful productions, working around a schedule that would daunt someone half his age. Even the lockdowns of Covid did not slow him; he staged a sold-out production of Love, Loss, and What I Wore in 2020 for a Balfour-only audience. Most recently he directed the VIVA production of The Last Romance in November 2021, and continues to plan future plays and productions.

Click the images below to view slideshows – one of Jim through the years & memories, the other of VIVA productions to which he has made immeasurable contributions. Thank you, Jim, for your wonderful life!